The evolution of the harp: the origins, Sébastien Erard, Victor Salvi

“The origins of the harp can be traced back to distant times (…). We do not know anything about the harp that David played, as we do not know who invented ours. The names of those who invented useful or pleasant things are usually buried in the darkness of the ages. This is not so much because the writings of those who wanted to preserve these names for posterity were lost, but because most of our inventions are not the work of a single man, but of the human race.”
D. Diderot, Encyclopedie

The unison of poetry and ingenuity are capable of creating extraordinary wonders. The harp is one of them. The exhibition “The evolution of the harp: the origins, Sébastien Erard, Victor Salvi” pays homage to this wonder. A series of “jewels” is on display, selected with strict philological criteria to illustrate the development of the harp in the world from antiquity.
The focus is on the creative genius of Sébastien Erard and Victor Salvi: the first as the double action inventor that revolutionised the way the harp is played. The second as his worthy heir in the ability to anticipate and interpret the evolution of the instrument, combining artisan passion and the vocation for research.

With thanks to Ann Fierens for the Historical-Philological advice

Exhibition catalogues can be purchased at the Museum 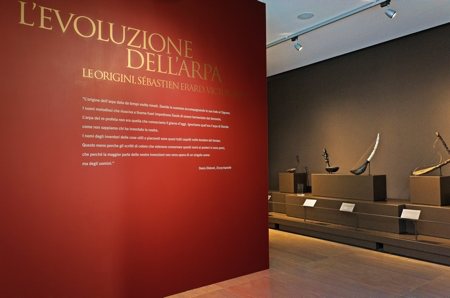 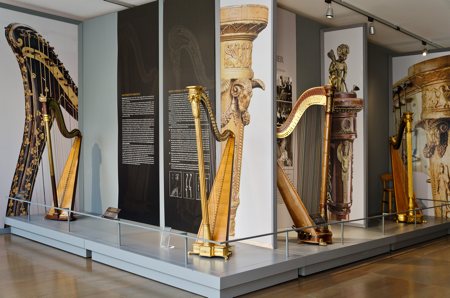 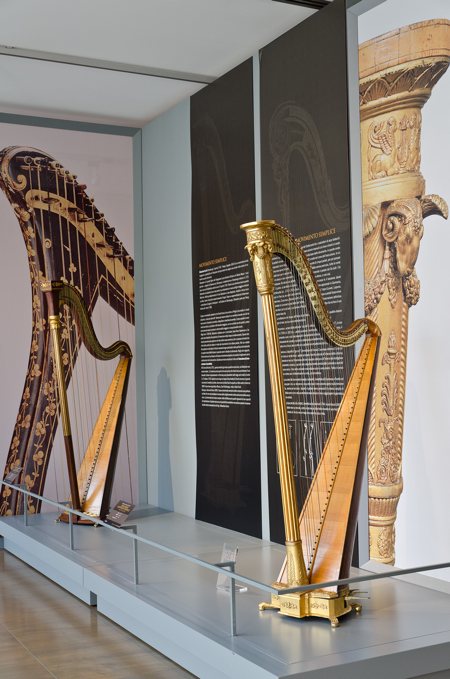 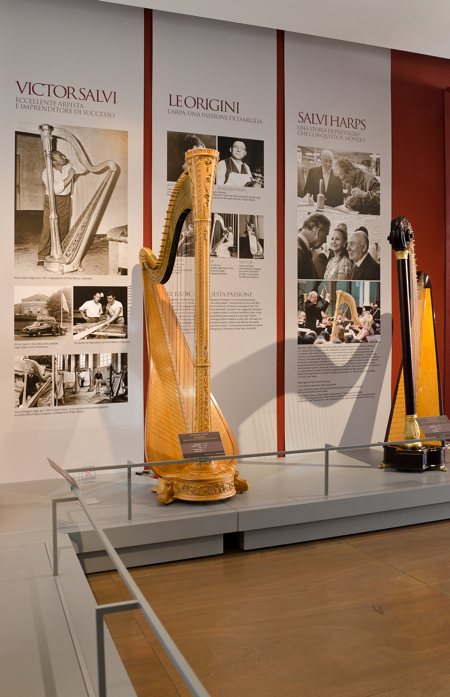